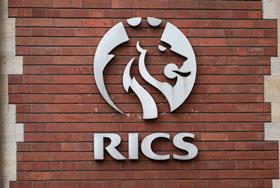 Peter Oldham was appointed in early February to investigate the events that led to the dismissal of four administrators in November 2019 just after they raised the alarm about the results of a 2018 BDO financial audit into the historic system.

Even so, on Friday evening RICS up-to-date its web-site to announce that Oldham, a barrister at 11KBW, was not able to go on “for qualified reasons”.

RICS released the unbiased overview after The Sunday Times published allegations late past 12 months that 4 directors were ousted in November 2019 for flagging a 2018 BDO report warning that RICS was exposed to “unidentified fraud, misappropriation of funds and misreporting of economical performance”.

Oldham will be changed on Monday by Alison Levitt QC.

The day for the completion of the evaluate has also been pushed back again from early April to mid-June, RICS explained.

Levitt and Foulkes are instructed by Kingsley Napley, solicitors to the unbiased evaluate.

The independent reviewer will be issuing a contact for evidence.

Together with its independent investigation, RICS has also pledged to undertake a wider evaluation hunting at the “ongoing purpose and relevance of RICS in 2021 and beyond”, which is remaining overseen by chief government Sean Tompkins and president Kathleen Fontana.